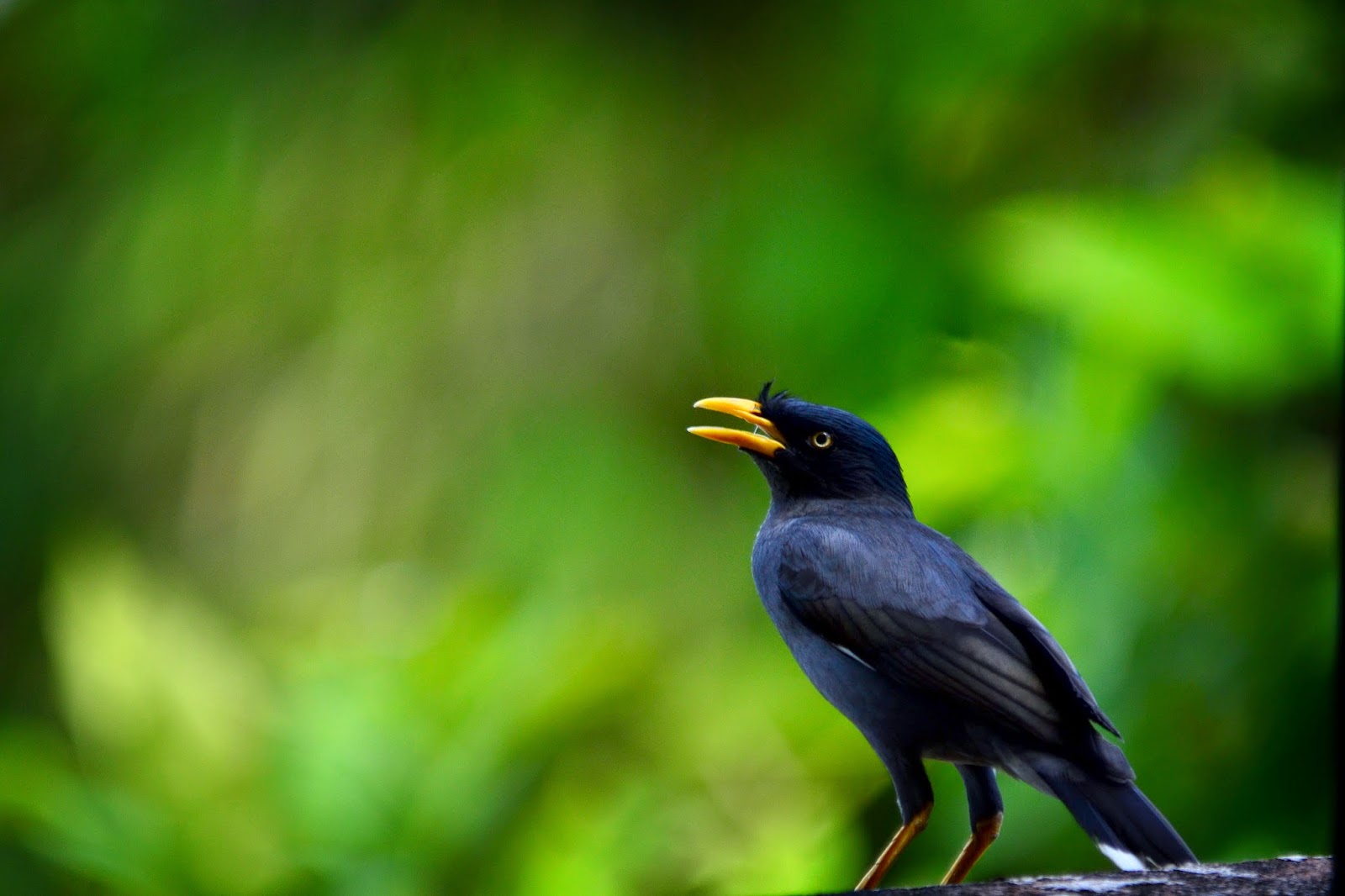 Feature: predominantly black, with a white vent, a white wing patch, white on the underside of the tail, and has a thick yellow eye ring for grown adults, legs and beak. It sometimes has grey (white) flecking on its belly. It can raise the feathers on its forehead into a dramatic crest.

Distribution: much of South East Asia and has penetrated into India and neighbouring regions.


Behaviour: also known as the white-vented myna and the buffalo myna, is a myna, a member of the Starling family. It is conspecific (of, or belonging to, the same species), and thought to be in competition with the Common or Indian Myna (A. tristis) in some of its range (for example, India, Malaysia and Singapore).

The Javan Myna has an extremely liquid voice

Diet: Like other Sturnids it is omnivorous, roosts in colonies and is abundantly successful in a variety of habitats. Javan mynas are as accomplished in cities as they are in padi fields, where they will prey on insects disturbed by water buffalo, often riding the buffalo like the related oxpecker.


Breeding: These cavity nesters will usually make their nests in the cavity of trees, but also readily take advantage of holes and crevices in rocks or urban structures, including walls.

Violent battles often erupt between occupants of nesting sites and the couple that wish to evict them. Each partner grapples with its opposite number and contestants drop to the ground secured in each other's claws. Bills are jabbed ruthlessly at the opponent. Finally, the defeated couple leaves to search for another site.


*sources from Birds in Backyards