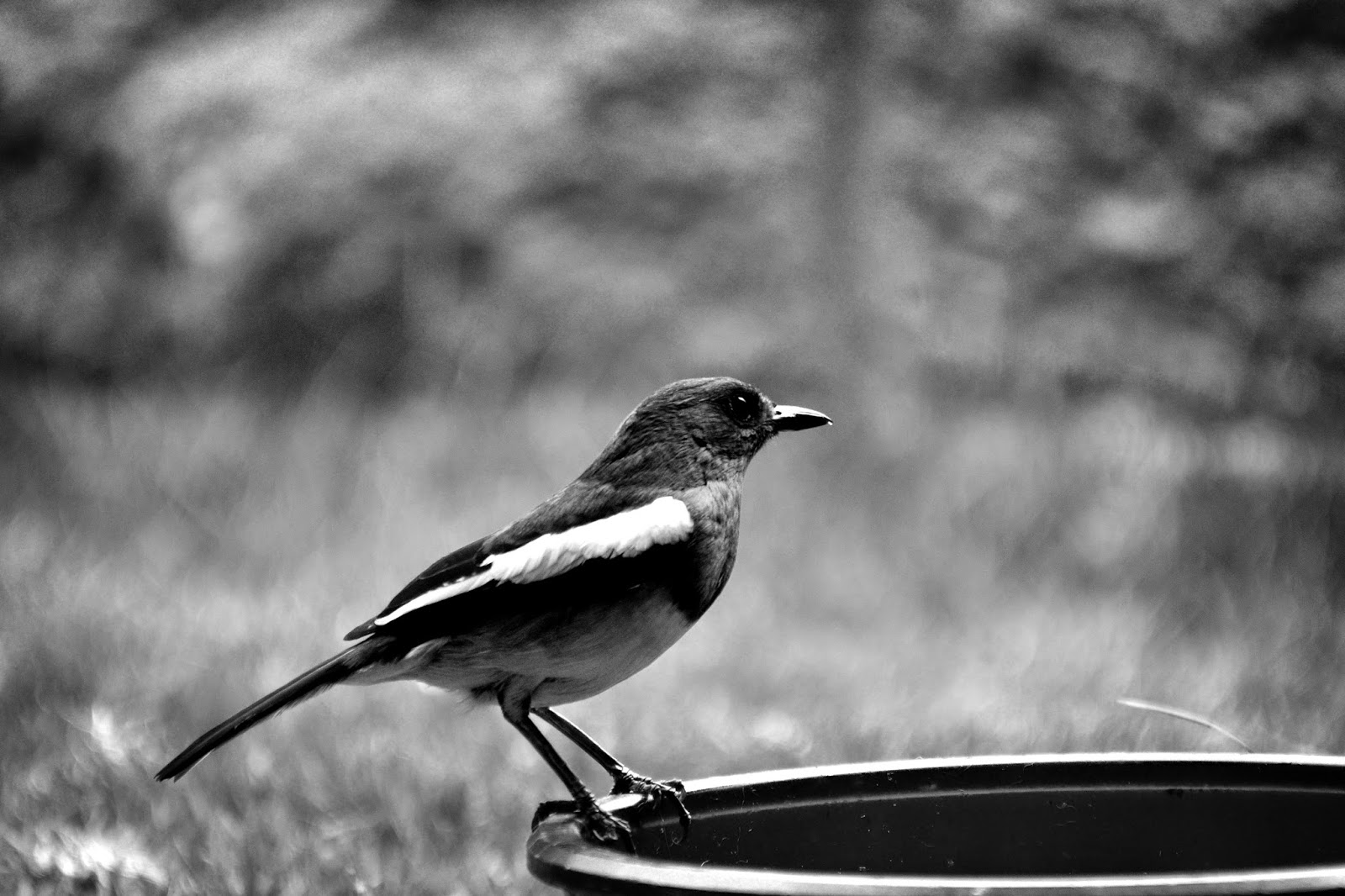 Features: black upperparts, head and throat apart from a white shoulder patch. The underparts and the sides of the wings are white and a long tail that is held upright

Well-Known For: Their songs

Behaviour: Magpie Robins breed mainly from March to July in India and January to June in south-east Asia. Males sing from high perches during courtship. The display of the male involves puffing up the feathers, raising the bill, fanning the tail and strutting. The female is involved in most of the nest building that happens about a week before the eggs are laid. Four or five eggs are laid in intervals of 24 hours and these are oval and usually pale blue green with brownish speckles which match the color of hay. The eggs are incubated by the female alone for 8 to 14 days

Females spend more effort on feeding the young than males. Males are quite aggressive in the breeding season and will defend their territory and respond to the singing of intruders and even their reflections. Males spend more time on nest defense.

Diet: mainly insects and other invertebrates. Although mainly insectivorous, they are known to occasionally take flower nectar, geckos, leeches, centipedes and even fish.

Culture: Magpie Robins were widely kept as cagebirds for their singing abilities and for fighting in India in the past They continue to be in the pet trade in parts of Southeast Asia.The Magpie Robin is the National Bird of Bangladesh

* sources from a Malaysian veteran birder, Tuck Khoon and wikipedia