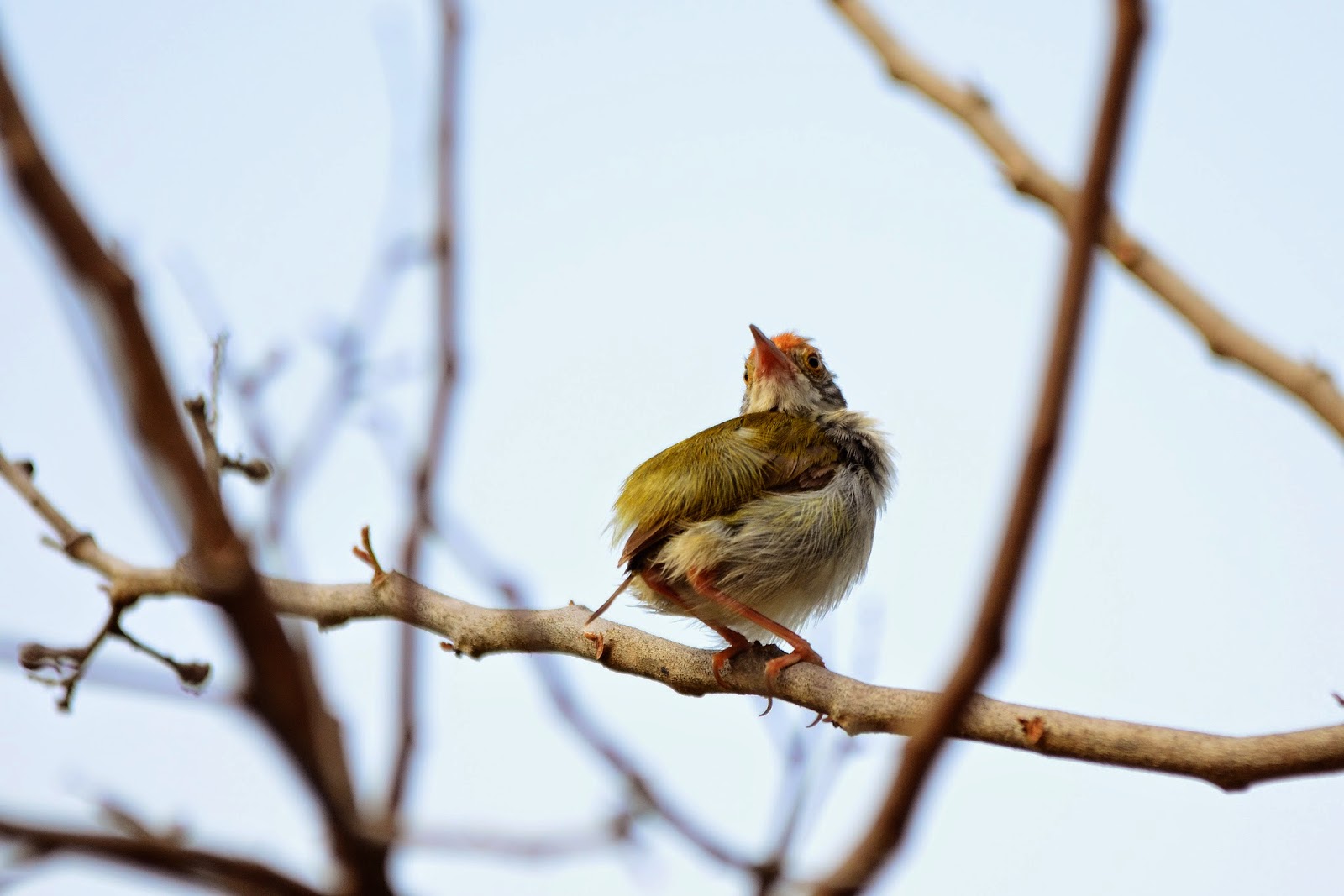 Features: short rounded wings, a long tail, strong legs and a sharp bill with curved tip to the upper mandible, long upright tail, crown is rufous and the upperparts are predominantly olive green. The underside is creamy white. The sexes are identical, except that the male has long central tail feathers in the breeding season

Diet: They forage for insects and have been known to feed on a range of beetles and bugs. They are attracted to insects at flowers and are known to favour the inflorescenses of mango. They also visit flowers such as those of Bombax, Salmalia for nectar and are sometimes covered in pollen, giving them a golden-headed appearance

Behaviour: Tailorbirds are found in singly or in pairs, usually low in the undergrowth or trees sometimes hopping on the ground. Although they are shy birds that are usually hidden within vegetation, their loud calls are familiar and give away their presence; a loud cheeup-cheeup-cheeup

2-5 pastel eggs are laid, these are pastel blue with brown speckles. It appears only the female incubates, but both help raise the young. The young fledge in 24 days.

* sources from wikipedia and naturia