"They attack the enemy strongholds and war machines, using their deadly weapons to destroy well-armoured troops and tanks. They carry fusion guns that can reduce an enemy to a cloud of superheated vapour in a second, or reduce a vehicle to little more than a lake of hot, molten metal. In the event that an enemy vehicle continues to advance, the Fire Dragons will employ sophisticated melta bombs to breach the tank armour before rending it down to its component atoms. Should any of the occupants survive, they will be swiftly melted to death by the nearby Fire Dragon Aspect Warriors." (taken by Games Workshop) 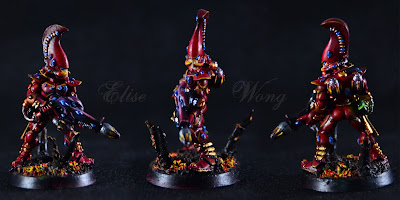 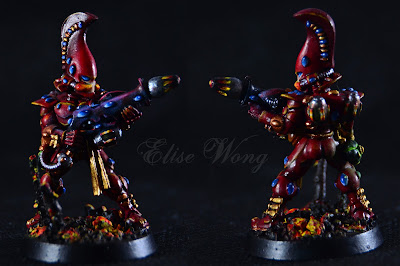 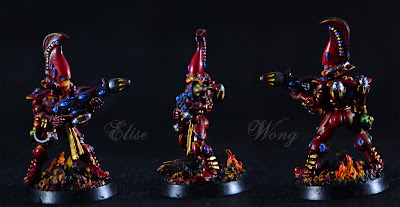 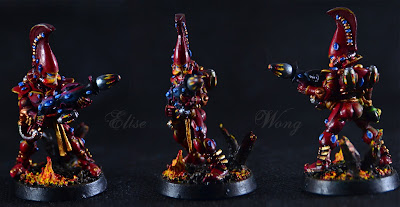 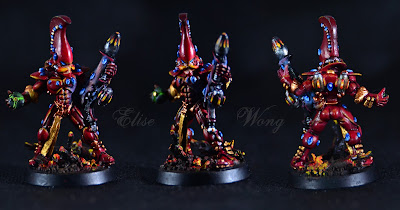 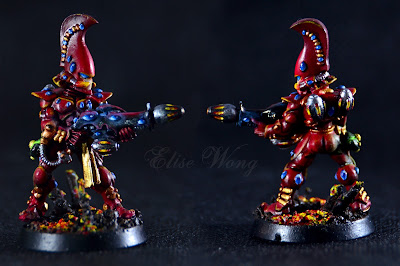