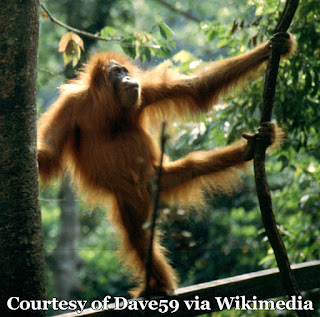 The name "orangutan" is derived from the Malay and Indonesian words orang meaning "person" and hutan meaning "forest", thus "person of the forest". Orang-utans are the world's largest tree-climbing mammals. Orang-utans are known as gardeners of the forest. They play a vital role in seed dispersal and in maintaining the health of the forest ecosystem, which is important for people and a host of other animals, including tigers, Asian elephants and Sumatran rhinos. So by conserving the orangutan’s habitat, we’re also benefiting local communities and other species Orang-utans have a characteristic ape-like shape, shaggy reddish fur and grasping hands and feet. Their powerful arms are stronger and longer than their legs and can reach 2m in length. 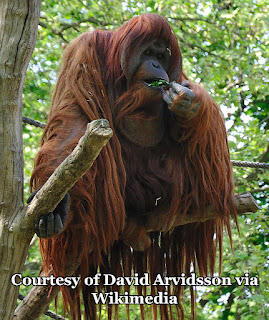 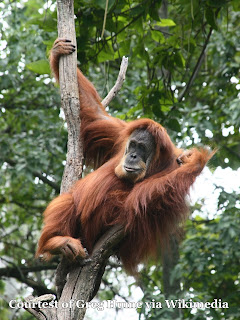 There are two different types of adult male orang-utan: flanged and unflanged. Flanged males have prominent cheek pads called flanges and a throat sac used to make loud verbalizations called 'long calls'. They also have a long coat of dark hair on their back wherelse The unflanged male looks like an adult female.Male orang-utans can tip the scales at 90 kg, while females weigh between 30-50 kg. Omnivorous, orang-utans eat both plants and animals but feed mainly on fruits, young leaves, bark and insects. By about the age of ten, an orang-utan can recognise over 200 different food plants. The orang-utan’s favourite food is fruit. Orang-utans are known as gardeners of the forest. They play a vital role in seed dispersal and in maintaining the health of the forest ecosystem, which is important for people and a host of other animals, including tigers, Asian elephants and Sumatran rhinos. So by conserving the orangutan’s habitat, we’re also benefiting local communities and other species. The arboreal orang-utan lives up in trees where they bend twigs and small branches together to make a large nest-platform for sleeping. 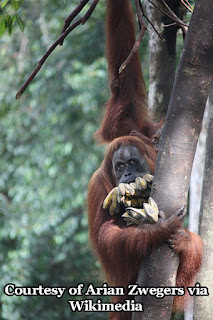 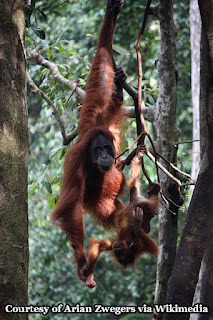 They are the largest tree dwelling mammal in the world. Adult orang-utans are solitary, except during mating. Orang-utans are not territorial, maintaining a loose relationship in a given area although adult males are hostile to one another. Orang-utans can live up to 50 years in the wild. Females first reproduce between 10-15 years of age. They give birth at most once every 5 years, and the interval between babies can be as long as 10 years. Orang-utans usually give birth to a single young, or occasionally twins. Orang-utans stay with their mothers for the first 7-11 years of their life. An infant rides on its mother's body and sleeps in her nest until it is able to survive on its own. The long time taken to reach sexual maturity, the long interbirth periods, and the fact that orang-utans normally give birth to just a single young mean that orang-utans have an extremely low reproductive rate. This makes orang-utan populations highly vulnerable to excessive mortality, and means that populations take a long time to recover from population declines.

Orangutan habitat has decreased rapidly due to logging and forest fires, as well as fragmentation by roads. A major factor is conversion of vast areas of tropical forest to palm oil plantations in response to international demand. Palm oil is used for cooking, cosmetics, mechanics, and biodiesel. Hunting is also a major problem as is the illegal pet trade. Orangutans may be killed for the bushmeat trade, crop protection, or for use for traditional medicine. Orangutan bones are secretly traded in souvenir shops in several cities in Kalimantan, Indonesia. Mother orangutans are killed so their infants can be sold as pets, and many of these infants die without the help of their mother. Since 2004, several pet orangutans were confiscated by local authorities and sent to rehabilitation centres A number of organisations are working for the rescue, rehabilitation and reintroduction of orangutans. 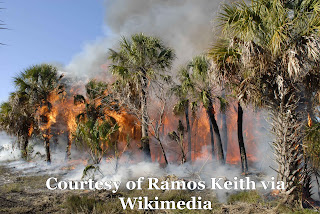 The largest of these is the Borneo Orangutan Survival Foundation, founded by conservationist Willie Smits In Malaysia, conservation areas include Semenggoh Wildlife Centre in Sarawak and Matang Wildlife Centre also in Sarawak, and the Sepilok Orang Utan Sanctuary near Sandakan in Sabah WWF has been working on orang-utan conservation since the 1970s in partnership with local and international groups, including research institutions, universities, government bodies and local communities. Conserving orang-utan habitat: They are working in both Borneo and Sumatra to secure well-managed protected areas and wider forest landscapes connected by corridors. Promoting sustainable palm oil production: In 2004, WWF helped set up the Roundtable on Sustainable Palm Oil. This promotes the production and use of sustainable palm oil, which ensures that income is filtered down to local people and forests that are deemed to be of ‘high conservation value’ aren’t cut down to make way for oil palm plantations. Engaging with timber companiesto mitigate negative impacts on habitats and orang-utan populations. For example, studies show that Bornean orang-utans can fare well in logged forests if the impact is reduced through measures such as selective logging, keeping fruit trees intact, and controlling hunting. Halting the illegal pet trade. We work with TRAFFIC (the wildlife trade monitoring network) to help governments enforce restrictions on the trade in live animals and orangutan products through the wildlife crime initiative. We also help to rescue orangutans from traders. Reducing human orang-utan conflicts.We work with governments, communities and plantation owners on practical methods to keep orangutans out of plantations as well as regional land use planning to ensure that agricultural areas are developed as far away from orangutan habitat as possible. In 2007, WWF helped secure a historic declaration that commits the governments of the three countries sharing Borneo – Brunei, Indonesia and Malaysia – to a common vision for the conservation and sustainable development of the 22 million hectares of the forest in an area known as the Heart of Borneo. This vision includes a network of protected and sustainably-managed areas where hunting and illegal logging are prohibited. 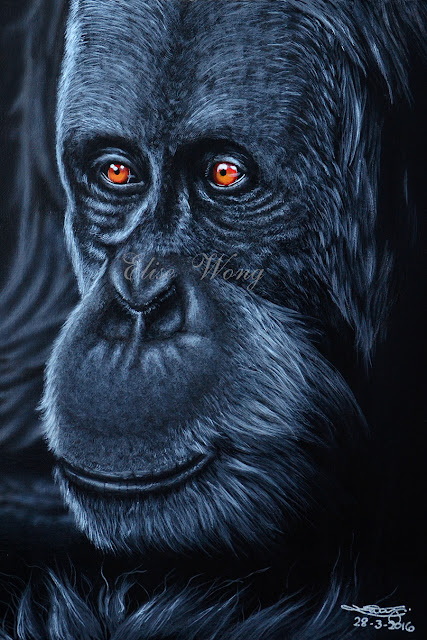